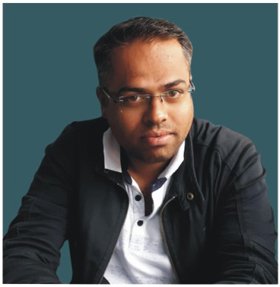 Vishal Shinde the Founder of grafiti expression was born and brought up in Aundh, Pune

His passion from early days of his life was always into drawing, sketching & painting.

After that Vishal completed Graphic Designing and started his Advertising Agency.

He has successfully ran web designing firm name as “Websource” & made 80 local websites.

Vishal realised the need of Digital learning and graduated in 2D animation.

He is a founder member of  Dnyankranti Shaikshanik va Samajik Sanstha and played active role in Organising Kaya Natya Karandak for past 12 years and continues this passionately till today.

In 2001 he taught his first student Atman Mehta in Aundh. Between 2001 to 2003 more than 80 students were trained and tutored by him. Vishal launched his Drawing & Painting school in 2001 and formally registered it under the current day Brand Grafiti Arts Institute in august 2006. It was his dream to have his own venture share the same birthday as his own. Vishal’s life partner Sheetal Ware-Shinde is the first Drawing & Arts teacher at Grafiti. Today Mrs Sheetal Shinde looks after the entire administrative aspects of Grafiti which spans across 8 centres in Pune.

Vishal is a very passionate Arts aficionado about Drawing and Arts space which took him to dedicate his entire time and grow his brand Grafiti Expressions. Vishal has some very ambitious plans to train over thousands of students under Grafiti Expressions and his passion will drive this into a reality very soon.